Websters Theatre is a unique venue ideal for a wide variety of theatre, comedy and live music events.

Websters has reopened as the city’s newest theatre, formerly the Lansdowne Parish Church, an A-listed Gothic Revival church built by John Honeyman in 1863. This is an exceptional building which is in need of a new life and restoration.  It has taken on a new role in the West End offering a theatre space seating 182 people, with supporting facilities throughout the building.

The name Websters was picked for the new theatre to pay homage to the designer of the church’s stained glass, Glasgow artist Alf Webster (1883-1915). Click here to see a biography of Alfred Webster and view his stained glass.

Websters was initially developed thanks to a small loan from the Architectural Heritage Fund.  Work started early in 2014, creating its own momentum as other sources of funding support are found. The building is a very prominent and beautiful Glasgow landmark.

The project is being promoted by FACT THREE a registered charity set up by the trustees responsible for Cottiers Theatre, previously Dowanhill Church, also in the West End, a project that has been hugely successful.  Websters will be similar to Cottiers and the retention of the original church hall space will give it a very strong community focus. 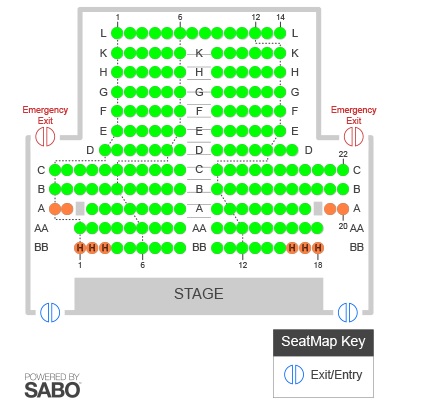 The seats are numbered and arranged in rows, with row BB closest to the stage. Rows BB, AA and A are at ground level.

All green seats are available on sale.

Row B is the first row of the raised seating bank, with the remaining rows going up one step at a time until row L.

The main door into the venue is reached by a small flight of stone stairs (six steps). The steps are not overly steep but may be slippy in wet or icy weather.

Access for wheelchairs is via a ramped lane at the right-hand side of the building (as seen when standing on Great Western Road, facing the steeple). Once inside the building, the bar, theatre and disabled toilets are all on one level.

Wheelchair users can be accommodated in row BB of the auditorium. Staff will be happy to escort customers around the building to provide wheelchair access. 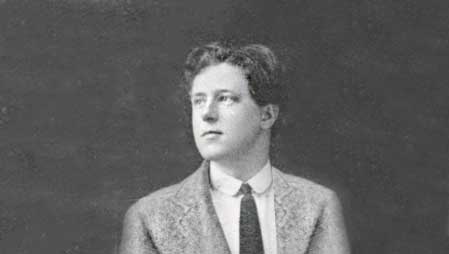 Webster produced some of his finest work in the building before his tragic death in World War 1 in 1915 at the age of 31.

Islets of Silence – The C Word